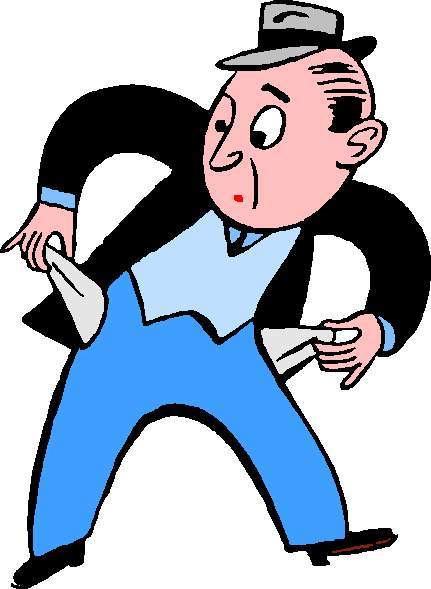 We now know that Grant “Levi Ponyboy” King has been engaged in illegal trading as an undischarged bankrupt right up until (at least) Thursday 29/10/15.

We also now know that King has been receiving money for Trident products as an “independent trader” (if the Chinese investors at Pang Tong Investments would like the contact details of these people who have dealt directly with Grant King in this capacity, and who have the email trails to prove it, please email me at [email protected] and I will forward these details to you so that you can verify this claim for yourself).

What we don’t know is how many other people there are “out there” who are in the same boat.

We know there will be more Trident fraud victims, because with King involved – there just always is.

If you are a Trident Cycles customer, or a customer of “Levi Norman” or ‘GK Norman”, or “Levi Ponyboy”, or “George Good” or any other rendition of Grant Norman Kings battered name, and you have been ripped off, please contact me via email at [email protected] and I will put you in touch with the appropriate authorities who will be able to assist you. “Levi Ponyboy” Grant King is now in a desperate, and ultimately futile attempt at damage control.

It seems that these recent posts have attracted the (warranted) attention of a number of interested parties to the content, and Grant King has now made contact with Victim # 72, pleading with them to have these posts removed from this website.

I pause to consider how it may have felt for the victims of Grant King (72 victims over a 33-year criminal history, totalling approximately $3.5 million dollars in fraud), who may have made appeals to Grant King for him to “do the right thing” by them?

As readers of this website will now know, appeals to King in the realm of decency, integrity, keeping ones word, honouring contracts, or upholding his end of any deal always fell on deaf ears – King would either ignore them, threaten them, abuse them, or go into “victim” mode and claim “harassment” against him.

Now the shoe is on the other foot – “Ponyboy” is squealing like a stuck pig.

For goodness sake, Grant, what you are experiencing is the law of natural consequence – for once in your life, own up, and man up.

Your host of victims would expect nothing less of you.

In the words of one victim who wrote to me today:

“Grant King stole almost all I had worked for all my life up until that time.

He deserves to be punished for what he has done”

My goodness what a day it has been today for “Levi Ponyboy” Grant Norman King:

1/ Being busted by Trade Me (for the fourth time) for illegal trading whilst a bankrupt;

2/ Being outed by witnesses to the illegal trading (who have the evidence) all of which affirms his “donkey-deep” role in Trident Cycles;

3/ Losing his job, income, vehicle (and who knows what else);

4/ Being exposed today as vigorously biting the hand that has been feeding him;

Mr King has now embarked on issuing direct threats against me in the public arena, via direct approach.

Apparently, according to “Ponyboy” I am to now “watch my back” – against what exactly, King didn’t say to me at the time.

King then hauled out his mobile phone, took a photo of me, and then rabidly declared that he was going to set up another website about me  – and in doing so, inadvertently admitted his ownership of a previous “anonymous poster” website (Ooops).

So basically, he simply lost the plot.

Now, I do understand and recognise that Mr King is under a significant amount of stress at the moment – but the consideration by Mr King that his stress is self-induced and a result of natural consequence for his own actions and behaviour seemed utterly lost on him.

Apparently, everyone else is to blame for his car-crash of a life, and he is a victim in all of this.

There is much, much more of this story yet to be published (via exclusive mainstream media) – but all in good time. 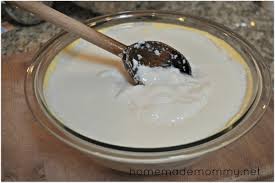 “Levi Ponyboy” Grant King is nothing if not careless.

Further to this story reported yesterday, the victims advise that Grant King was operating as an “Independent Trader” (which would also be illegal for King to be, under his current third bankruptcy) on Trade Me, and all references and identifying details pertaining to the Trident Cycles merchandise he was flogging to an unsuspecting public had been removed.

It wasn’t until the Trident Cycles victims found this website, and then tracked King to the Trident Cycles Facebook page (where they subsequently found the bike they had purchased) that they realised they were buying a Trident bike.

King had stripped all identifying Trident features from the bike point-of-sale, so that:

a/ Trident Cycles could not be identified as the manufacturer;

b/ Any and all warranties for the bike he was selling to them could not be subsequently claimed against.

Now, either Pang Tong Investments (the parent company of Trident Cycles in NZ) and Directors Wei Li & “Stone” Shu are parties to this commercial fraud, or King has been skimming product off the top of the inventory list, and pocketing the cash for himself as an “Independent Trader”, without the knowledge of Pang Tong Investments.

Of course, this should be no surprise to Pang Tong Investments, as this is exactly what King did when he worked at Holdfast Marine selling Rocna Anchors – Pang Tong were the manufacturers for King then as well.

Talk about a mass fallout among thieves -wait until all of this hits the local and international Chinese media in a few weeks time.

“My husband is the member on TradeMe, and you know the story, this guy was trading again on TM. using the name Levi but I remembered Helensville as his area.

When the bike didn’t turn up, and he suddenly disappeared from TM, we contacted TM and made a report and then heard nothing back.

We had basically accepted that we’d lost the money, and being a birthday present, our daughter was also very disappointed.

Then yesterday we rang, e-mailed ([email protected]) and phoned TM again, and they got back to us to say that they had contacted him via e-mail, (as he didn’t return their calls either) and his story was he’d just sent it, and TM was giving him until this morning to do so.

They refuse to give me any details about this “trader”, or why he is no longer on TM.

The name the “trader” gave me to bank the money was Levi Norman. I was checking my bank account yesterday and I noticed that the name actually came up as G K Norman, so I started to search, white pages, nothing, and then variations on G – greg, garry, and then grant, and guess what, I saw your site, and read it, then saw the trident cycles connection, and looked on FB, 103 Mill rd Helensville and his website, and there is the bike we purchased.

I tried the phone number for Trident, it goes to answer phone every time.

But I knew it was the same guy. So it was actually his bank account that gave him away.

I keep looking at your site, and then read the story about TM and tried the mobile number, and he actually answered.

He was a bit flustered as to how I had connected the dots, I launched into I’ve bought a bike from you on Trade Me…which he at first denied.

However he was then able to tell me that he had just yesterday sent it to Toll to be freighted and knew the receivers details and address, and gave me some story about a guy named Levi who lived down the road he sells bikes too, who then resells them on TM.

I just told him I didn’t believe him, and that he was the same person, which he denied.

When I asked him about being bankrupt, he confirmed it, and he said he just worked for Trident cycles.

I insisted on a tracking number, which TM was unable to even get out of him.

He gave me one, it was incorrect when I searched for it.

I then rang Toll, and they did actually confirm that they had picked up from 103 Mill rd a package for my daughter. So maybe miracles do happen, I’ll let you know when it is received.

So our concerns are the same as yours in that TM is letting this guy trade and as you said throwing people under the bus! this is not on.

This experience has been awful, the whole site is built on trust, and it is a big ask to hand over money in good faith based on a picture.

If TM weren’t so paranoid about getting their money and insisted on more transparency, contact phone numbers, address verified, bank accounts, maybe less people would be scammed.

If they themselves had more trust that the sellers would pay them!

I think he has only decided to send it in the end because TM investigations was onto him and he must really need TM to sell these.

However it does not change the fact that as you pointed out he should not be trading at all.

How do you hold TM accountable?

I did e-mail them the link for your TM story, so hopefully they digest that.

They seem unwilling to accept any liability, and quite prepared to protect this guy?”

Long story short: Grant King is still illegally trading, despite a host of legal sanctions against him not to (including a High Court Judgment).

And Trade Me’s role? An appalling case study regarding the on-going enablement of a criminal.

NZ Legal system: over to you.